Our experienced staff is ready to schedule your professional radon measurement, or suggest the appropriate home test options, depending on your needs.

Enter a zip code below to learn more about the radon levels we’ve found there. 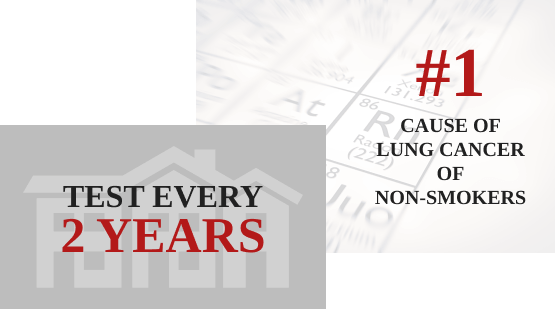 Our professional residential testing service is designed to get the most reliable results possible in the shortest time period, while minding the multiple parties and interests involved in a real estate transaction. Professional equipment and licensed and experienced technicians add a level of confidence that the test was set properly and the testing conditions were maintained.

Having a third-party tester, like Radon Detection Specialists, is critical for a real estate transaction.  We also perform tests for homeowners testing their own home for their own interest, but a homeowner test kit option may be better suited for that situation. Professional equipment and licensed technicians add expense to the testing process, but they don’t necessarily add value for homeowner-interest-only tests.

If you want to test your home but are not sure the best way to do it, give our office a call.  We are happy to answer your questions about radon and your radon testing options.

A radon mitigation company may guarantee to reduce the radon levels, but until the home is re-tested after the mitigation system is installed, you can not be sure the mitigation effort has been successful.

The initial post-mitigation test should be performed by a licensee who will also do a visual inspection of the system to ensure certain components of the system comply with state regulations.

A post-mitigation test is performed in the exact same way as the initial test (assuming the test was done properly and in accordance with state protocols the first time).

It is recommended that all homes be tested every two years. This INCLUDES homes with mitigation systems. As homes age, they change, and mitigation systems sometimes need adjustments to compensate for those changes. After the initial post-mitigation test confirms it is working properly and the design is in compliance with state standards, performing those two-year check-ups can be done with a homeowner test kit (as long as there isn’t a real estate transaction on the horizon.)

Knowing Your Radon Level Has Never Been Easier.

If you're testing your home for your own interest, a radon test kit is a great testing option for you.

Radonova is one of our recommended independent laboratories for homeowner test kits.  On their website, purchase a test kit to be mailed directly to your home.

Don’t Take Any Chances With Your Families’ Health

Check the radon levels in your home every two years.